I build, lead, and motivate passionate and progressive cross-functional engineering teams that add value to business.

I recently read The Great Mental Models Volume 1: General Thinking Concepts, and took some notes along the way.

Wikipedia describes a mental model as an explanation of someone’s thought process about how something works in the real world.

The book provides an introduction to nine different models.

The Map is not the Territory

A map is a reduction or representation of reality. By definition, a representation is just that, an objective description or portrayal of something else - a belief of how we interpret something. We need to be careful when relying on maps, and remember that the belief is not reality.

When using a map, consider the following:

Use maps for guidance, but not to prevent us from a new discovery, or from updating the map. 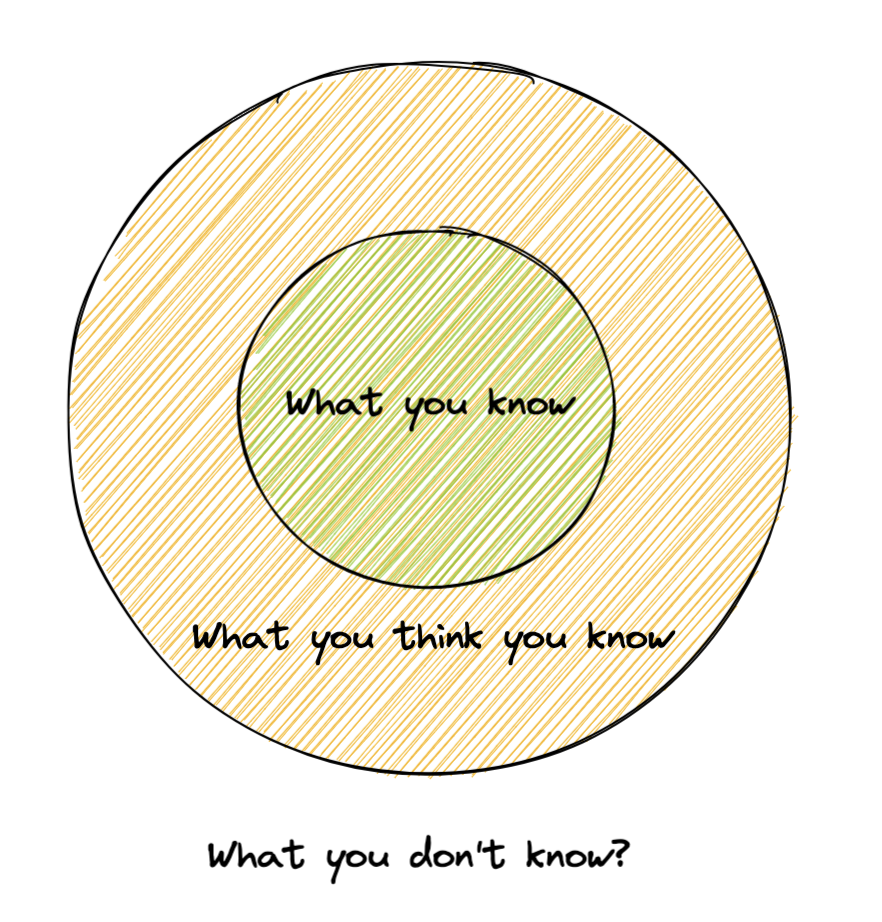 Questioning the assumptions and reducing a complex problem down into blocks that are non-reducible. We want to separate facts from assumptions, and question everything. The Five whys mechanism was cited as a useful method of getting to the root of a problem. Reasoning from first principles should unlock creativity and yield novel solutions.

Using the brain’s ability to test drive various hypotheses that probe all the possibilities that we can come up with.

The more potential scenarios and experiments that we can test, the more likely we are to make better decisions.

The steps involved are:

Reasoning about the potential consequences and impacts of a decision, based on the information that you have at your disposal. Second order thinking is especially useful for:

Estimating the likelihood, or chance, of a particular outcome.

Discusses the three aspects of 1) Bayesian thinking - taking base information into account when we are encountering something new , 2) Fat-tailed curves - the curve that extends beyond the bell curve - indicating the extremes, and 3) Asymmetries - “metaprobability”, the probability that our probability estimates are good - often not.

Flipping the problem on its head, and working backwards from the goal. Typically we think of progressing towards an answer, but instead, it can be beneficial to start at the end, and work back from there.
The two approaches cited were:

Prefer the simplest explanation with the fewest moving parts. Not applicable to all problems - some problems are just too complex - but where appropriate, remember that a simpler explanation is more likely to be correct.

“We should not attribute to malice that which is more easily explained by stupidity”.

You May Also Enjoy

At the beginning of each year, I spend a considerable amount of time speaking and advising colleagues and peers on the topic of goals and ambitions. Regardl...

Notes from Hiring Success : How Visionary CEOs Compete for the Best Talent.

Software Engineering is an incredibly rewarding and satisfying career choice. On a daily basis, you get to flex your creative muscles to solve complex probl...

I recently read On Writing Well, by William Zinsser. In this book, the author provides seven principles that can be used to write great non-fiction. These ...